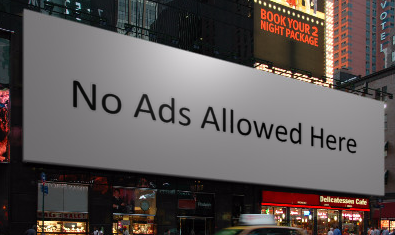 Our Answer To Ad Blockers

UPDATED 9/17: As part of iOS 9, Apple has released built-in ad blocking capability. This feature has — understandably — spread deep concern throughout the media world. According to an Adobe/PageFair report, 200 million people worldwide currently use ad blockers, which could cost publishers up to $20 billion in 2015 (and over $40 billion in 2016) in ads that go unserved. Additionally, three of the top five paid apps in the App Store today are ad blockers. 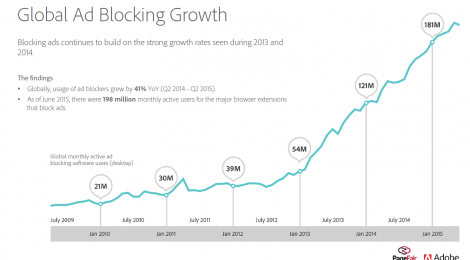 To deal with the ad-blocking phenomenon, some large publishers have implemented technology that holds back content from browsers that are running ad blockers. However, that will only work until ad-blocking companies find a workaround, and only those media companies with myriad extra impressions can afford to play this game of chicken with users. Others are experimenting with shifting the full ad load to the beginning of their videos, a smart way of providing consumers a trade-off. On the other end of the spectrum, the IAB has considered suing ad-blocking companies, which could be a draining, uphill battle.

It’s clear that ad blockers are going to win against traditionally-served ads. The technology battle between DFP (DoubleClick For Publishers, the most widely-used ad-serving platform) and ad blockers will be a race to the bottom, especially with massive platforms like Apple getting into the fray. Publishers will simply lose this war of attrition over time.

Media companies’ most sustainable answer at the moment is to focus on native ads — bespoke advertising that looks and feels like a particular site’s content. According to one estimate, spending on native ads will reach $7.9 billion this year and grow to $21 billion in 2018 (up from just $4.7 billion in 2013). Ad blockers cannot defeat native content since it is generally not served through DFP, and in any case native content works much better on mobile than ungainly banner ads that take over the phone’s screen.

To ensure that Nylon’s native offerings are as robust and organic as possible, we’ve taken a number of steps:

Advertisers are extremely enthusiastic about this setup, but just as importantly, the audience is also responding positively. We have run multiple focus groups that have demonstrated to us that people in our core demographic (18-to-29-year-olds) actually like branded content if it is informative and adds value to them. In some cases, particularly video, they almost expect that high-quality content has been sponsored.

Thus, to be successful, the real challenge is for us (and all media companies) to create good native content. By doing so, we can deliver a better user experience on all fronts. Our sites look better and load faster. Native content can also travel, i.e., it can live on other platforms besides our website, like Facebook, YouTube, Snapchat, etc. and over-the-top (OTT) options like game consoles, all of which provide users the benefit of not having to leave the platforms on which they are consuming it.

Change is coming. Publishers must accept it and adapt quickly or proceed at their own peril.