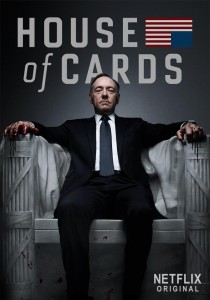 For years, the argument has raged about whether content or distribution reigns supreme. Who has control? Those who create the programs, or those who bring them to consumers? In some cases, traditional media companies decided to try to solve part of the problem by combining those assets (Comcast/NBCU), while others thought a separation was the best way to go (Time Warner and Time Warner Cable).

When a different generation of distribution companies was born (Amazon, Netflix, YouTube, Hulu, etc., who all directly reach millions of consumers), those outlets decided for many years to maintain the line between providing that distribution and owning the content they offered.

However, they’ve recently come to the realization that premium original content is a major differentiator, while distribution is — to some extent — somewhat of an overabundant commodity (especially when those companies do not actually own their distribution channels like multi-channel video providers do, i.e., the cable wire into the home). Cases in point:

All of these companies have extremely strong connections with (or you can call it distribution to) millions of consumers, but they all believe that they need to combine that distribution with original or exclusive content to separate themselves from the pack. Just having the consumer connection isn’t enough, but having both becomes extremely powerful. In fact, these companies are becoming the new gatekeepers, as they now begin to decide what content users can access on individual platforms.

Considering the hundreds of millions and even billions of dollars these companies are pouring into these efforts, it’s clear they think they’ve found the answer: neither content nor distribution wins, but the combination of the two is truly king. We’ll see if they’re right.

← Can TV Afford to Have Twitter Fail?
The 5 Ways CEOs Should Spend Their Time →