Mobile Is The First Screen 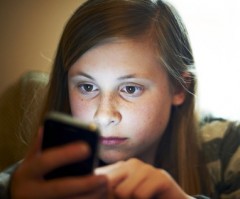 I recently attended a a branding and marketing conference that held a live focus group of 21-to-23-year-olds so that people could ask them questions about their media usage. When asked about how they consumed video, every single person in that group said that he or she spent over three hours per day watching video on a cell phone. They used apps such as Netflix, YouTube and Amazon Prime Instant Video, and rarely did they use any other device to watch.

Many people are examining the phenomenon of a mobile device as a second screen or companion to TV watching. However, it’s becoming abundantly clear that a whole generation of people is essentially skipping the TV altogether and using their cell phone as the primary screen. At CollegeHumor (where our primary age target is 18-34), more than 35% of our audience access our videos on a mobile device, and that number is climbing steadily. On our YouTube channel that has over 4 million subscribers, over 50% of access is coming from a smartphone.

More third-party statistics that back this up: According to a new BI Intelligence report, 50% of teen smartphone owners access the Internet primarily through their phones; additionally, Americans aged 14 to 29 value their mobile data plan more than they do pay TV. I’ve also always loved the story that Mark Zuckerberg wrote the entire founder letter in Facebook’s S-1 filing on his mobile phone.

The conclusion is clear: if you’re not focused on how the younger portion of your audience is accessing your content through mobile devices and making it easy for them, they will leave you behind.