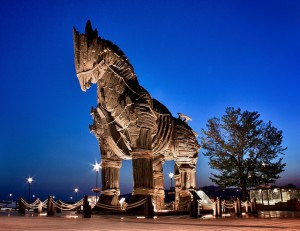 Rumors have leaked that Amazon is going to introduce a living room set-top box this coming fall. No longer content to run as an app on top of someone else’s platform (e.g., Xbox), Amazon is following in the footsteps of many powerful and ambitious companies who all want to control the consumer’s entertainment interaction in the living room, such as Sony, Apple TV, Roku, Boxee Cloud Player, Intel Media Server and many others who have introduced a hardware solution as a bulwark of  their living room strategies.

Amazon is well-positioned for this foray, given their investment in Amazon Prime Video. By controlling both the content and the end-to-end distribution of that content, they can shape the entire consumer experience and add other elements into the pricing bundle, thereby exercising control over their margin.

Let’s also not forget that Amazon owns much of the bandwidth that video companies use on the Internet (in fact, much of Netflix’s system runs on top of Amazon’s EC2 infrastructure). Given this ecosystem coupled with Amazon’s vast storehouse of consumer credit card and purchasing information, no other company has as much of a direct connection to the consumer as Amazon, and if their set-top box is successful, they will own another critical consumer touchpoint: the new “last mile” of interaction.

(One interesting element is that this is all happening as we’re seeing younger consumers moving away from set-top boxes and big screens altogether in favor of watching video almost exclusively on mobile devices. It wouldn’t be surprising if Amazon soon introduces more mobile hardware devices for video consumption.)

One thing is clear: Amazon is no longer content to be simply another video destination; they want to own the full distribution and transmission of that content as far as the consumer will let them. Competitors (Netflix, MVPDs, YouTube, etc.), take heed.