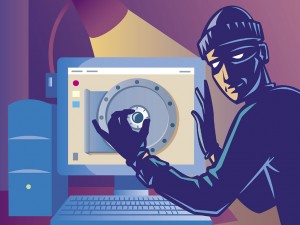 Software continues driving more and more of our world. Whether it’s Army drones, cars, thermostats or train tickets, the so-called Internet of Things (or IoT) continues to expand to every physical system we use. Essentially IoT is about connecting so-called “dumb” devices to the Internet to allow people to interact with them in new and advanced ways.

The ultimate point of this expansion is to make life easier for us. Locking our front doors from miles away dramatically adds to safety and security; tracking the exact route and distance of a jog makes getting in shape much more convenient; having our refrigerators automatically re-order milk when the supply is running low relieves one additional menial task from our minds.

However, this convenience comes with a price: Anything that is connected to the Internet can be hacked. The recent breach of Target customers’ credit cards was just the beginning. USA Today has just reported on new attacks that are “frustrating computer experts, who can’t defeat the virus once it infiltrates a computer…there is, effectively, no cure.” (To compound the problem, these intruders are also demanding ransom to relinquish control of the computers they’ve raided.)

These experts will eventually come up with a cure for these new viruses. Unfortunately, though, as soon as there is a fix, hackers will counter with an even stronger attack, and the game of one-upsmanship will continue ad nauseum. Simply put, humans can defeat any system that humans can devise. There is, ultimately, no protection strong enough. Period.

Despite that, given how fast the world is changing, this migration to IoT (and the threats inherent in it) are inevitable. Still, this is not a situation into which we should enter lightly. I am a huge fan of technology, and I use it constantly, but the onus remains on us to monitor our technological lives exceedingly carefully. Since we will soon risk literally handing over our housekeys to criminals, we have to be even more vigilant and thoughtful than ever in taking every precaution possible. For example:

In short, do everything you can to reduce the risks of relying on systems that humans can inevitably defeat.