How To Build A Competitive Advantage in the New Video World 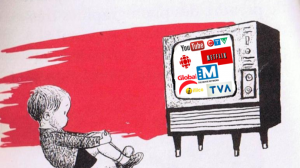 The gold rush for premium, original, content distributed “over-the-top” continues. (Over-the-top or “OTT” content refers to video that’s not delivered through “traditional” channels, like broadcast or cable TV, but rather is transmitted straight through the Internet’s bandwidth.) The latest entrant is BitTorrent, who just announced that it’s going to commission a new crowdfunded series that will live behind a paywall. This move is the most recent in BitTorrent’s attempts to turn itself from a video piracy haven into a legitimate media business by leveraging its low-latency video serving technology, certainly a laudable goal but one that catapults it into direct competition with many of the most powerful media players.

For example, in addition to the ongoing efforts from , Amazon, Netflix, Yahoo and others, new announcements continue cropping up:

Additionally, sites like Vimeo On Demand, VHX, Viddler and others allow consumers to place their video wares behind a paywall in hopes of driving incremental revenue.

With all of this activity, it has become virtually impossible to build barriers to entry around solely creating and distributing content. Recall the six true competitive advantages:

None of these conditions applies in the case of OTT content. No one has a distinct distribution advantage (net neutrality, peering and interconnects may change that, but obviously that is still a work in progress). No one can create lock-in network effects or high switching costs. No one has truly proprietary technology. (Keep in mind that deep pockets, first mover advantage and brand are all false barriers to entry — none of those has ever truly helped a business build a sustainable competitive advantage.)

The growing glut of content increases consumers’ choices, but it also makes deciding what to watch even more difficult. Therefore, besides using clever (or expensive) marketing tactics, how do producers break through the clutter and carve out a comfortable niche for themselves that they can own?

Simply put, new creators need to augment their OTT content to extend its life and make it more sustainable in the face of tremendous competition. For example:

Great content will always drive viewer engagement, but its shelf-life will continue growing shorter unless creators prepare for the onslaught of other video in the new world. With few — if any — ways to shut out new entrants, collecting and keeping customers with just one OTT content stream is an elusive goal.