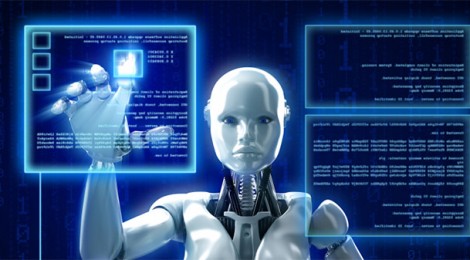 For the past several years, Apple, Google and Microsoft have established themselves as leaders in consumer-facing artificial intelligence (“AI”). Despite some flaws in their usability, Siri, Google Now and Cortana, respectively, are all remarkable products — “virtual assistants” that respond to natural-language commands to provide information and services that help you organize and plan more easily.

Obviously these efforts have just scratched the surface of their potential, and the pace of invention and change of AI will only accelerate. As this technology gets cheaper and more accessible, business models will shift dramatically. AI not only allows firms to understand much more about their customers and significantly change their interactions with them but also lowers friction that customers experience in working with their technology. Asking a language-based question or issuing a full command to accomplish a task is easier than using bits of search queries or clicking through multiple menus and web pages.

Indeed, remarkable progress has been made in making computers “think” more like people. IBM has built a computer chip that works much more like your brain does than current computers. Terming it a “neurosynaptic processor,” IBM draws the distinction thus: “Traditional computers focus on language and analytical thinking [such as in the left brain]; neurosynaptic chips address the senses and pattern recognition [such as in the right brain].” IBM’s goal over time is to bring these two methods together to create a “holistic computing intelligence.”

Artificial intelligence isn’t coming; it’s here. Companies who fail to grasp its significance and embrace its power leave themselves vulnerable to a sea change as spectacular and massive as the invention of the Internet itself. With this type of advancement, computing and product development have reached a tipping point and will never be the same. The way people interact with machines and vice-versa — from user interfaces to information architecture down to programming and deep logic — will be forever altered, and every company needs to be prepared for this transition.

This is not lost on many enterprises, and examples abound of new entrants into the AI game. Twitter recently bought a company called Madbits, which uses deep learning to create a “convolutional neural network” in order for its machines to teach themselves processes. Madbits is focused on images, so Twitter will most likely start using the technology to improve its image processing and presentation, but the possibilities for the company are much grander. By understanding the bent of someone’s tweet-stream and extrapolating personality, likes, dislikes and tendencies, Twitter can, for example, serve up much more targeted advertising and promoted tweets, offer specific e-commerce opportunities to users and track and sell deep data to others. A new world of high-margin revenue streams opens up.

Elsewhere, Facebook has created a facial recognition system called “DeepFace” that is 97% effective at correctly identifying people. Compare that to the relatively poor 85% success rate of the FBI’s “Next Generation Identification” system for faces, and it’s clear that Facebook understands that their business rides on serving up the best content in people’s news feeds and also the most appropriate ads tied to that content. AI is a crucial part of their strategy in which they are investing heavily.

Content companies are also taking advantage of AI, using its computing power to create videos, stories and other types of materials, in many cases cutting out the human middleman (and therefore cutting costs). Disney just published a research paper on a technique where computers take multiple videos shot by cameras worn by people during an event and edit them together into a relatively coherent narrative. It’s not ready for prime time, but it’s obvious where this is going. Similarly, Narrative Science has been operating for many years, using its AI product called Quill that automatically takes formatted data sets (e.g., baseball box scores, financial reports) and turns them into articles that people can read. They’ve been growing over the years, counting Forbes and other media companies among their customers.

Many smaller firms are using the technology as well. Timista is a virtual concierge that uses genetics algorithms and other complex forms of AI to help people plan activities based on multiple inputs (time, place, type, party size, etc.). Similarly, Adgorithms has created a programmatic ad-buying platform based entirely on AI: clients input their goals, KPIs, etc., and the company’s computers create ad campaigns with no human involvement whatsoever. These are but a few examples, with many others both in the market and on the way.

Given this exceptionally rapid change, the companies who are able to harness AI productively and elegantly will grow quickly and will dramatically surpass competitors who haven’t made it a critical focus. Don’t be left out.