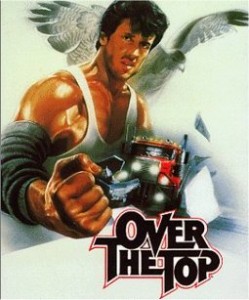 There’s been some extraordinary activity in over-the-top video this past week. (Over-the-top — or “OTT” — has been coined to mean video that’s not delivered through “traditional” channels, like broadcast or cable TV, but rather is transmitted straight through the Internet’s bandwidth). Cases in point:

These technology/Internet companies have decided one way they need to compete is by offering media. No longer satisfied with simply offering just services or hardware, they want to combine those offerings with TV-like content.

However, several of them are going a step further than just offering a normal one-way, lean-back experience. Microsoft, for example, is only going to offer shows that can take advantage of the Xbox One’s interactive capabilities, thus encouraging users to engage with the content using their mobile devices. Because Microsoft owns the entire distribution stack, i.e., both hardware and software (as opposed to Netflix, for example), it can create unique content that takes advantage of the singular capabilities of their hardware.

Amazon has also realized they need to own the hardware component of the distribution channel as well. Last week they launched Amazon FireTV, a set-top box that pulls in streaming content. They made it clear that they don’t intend this to be a gaming console (for now), but carving out physical space in the living room gives them a critical foothold into the consumers’ lives.

Android TV will most likely also have a hardware component for which others are already creating apps. It reportedly will be focused at first only on content consumption, but over time could morph to become interactive. This will either complement or compete with (depending on who you’re talking to) the Chromecast dongle Google released that plugs into TV sets. Google may also couple Android TV with their cable operator-type installations of Google Fiber, where they will truly own the whole distribution chain, including user bandwidth.

So where does that leave Yahoo? As far as OTT goes, it will simply be a channel, running content on others’ platforms, which could make it difficult to compete. Ultimately there may be another fight between those who own both the distribution channels and the content with those who just produce content. (Sound familiar? It’s the 1996 cable distribution wars all over again.)

Speaking of which, except in the case of Google Fiber (which is still in a very limited number of markets), the cable operators ultimately control the last mile of bandwidth to the consumers’ living rooms, so it’s going to be difficult for these companies to own the entire chain of distribution. However, grabbing as many pieces of the customer experience is a smart and crucial way of future-proofing their businesses.